Warriors tied for first with three other teams 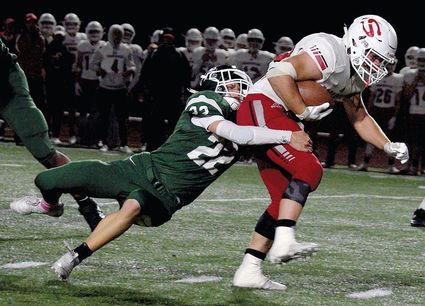 Edmonds-Woodway remains in the hunt for a Wesco 3A South title despite losing its first league game of the year.

Snohomish used a punishing ground game and an effective short passing attack to upend the Warriors 24-14 in a key league matchup Friday, Oct. 11, at Edmonds Stadium.

The loss means that four teams currently are tied for first place in the league with 3-1 league records – Edmonds-Woodway, Meadowdale, Snohomish and Shorecrest. The Warriors defeated the Mavericks and Scots earlier in the season.