Snohomish County records the most strikes in western Washington 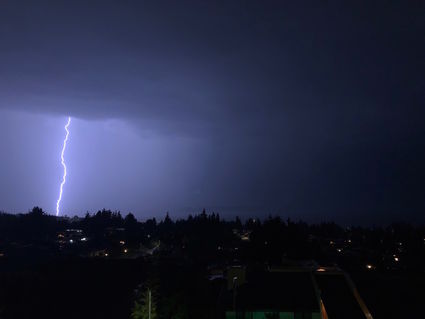 It takes a freak of nature to turn away from the screen during the golden era of prestige TV – even more so during prime time.

But anecdotal evidence from Edmonds (OK, evidence gathered from an Edmonds living room) suggests that Saturday night's explosive thunder and lightning show did just that. Remotes killed TV signals, blinds and curtains rose, and more than a few awestruck Edmondsites witnessed a storm that lit up the sky with craggy bolts of lightning and cracked a few explosive thunderclaps seemingly parked over our fair city.

There was some concrete evidence, as well.