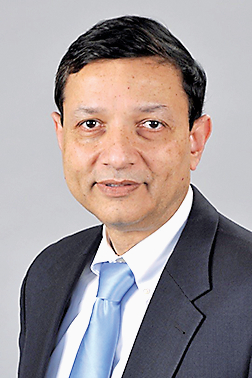 Edmonds Community College's president, Amit Singh, is getting a pay increase from the Board of Trustees after his first year at the Lynnwood school.

Singh replaced former President Jean Hernandez as the college's sixth president since its founding in 1967 in Edmonds.

Edmonds CC had a $1.3 million budget deficit last year, which forced it to make spending cuts.

This June, the state Board for Community and Technical Colleges incre...