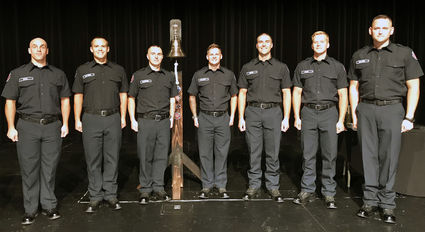 During the ceremony, four South County Fire recruits received honors. Irvin received the Engine Company Award given to the recruit who most consistently demonstrated excellence in engine company skills.

Fitchett, Golder, Irvin and Watters were recognized for receiving First Whip, a leadership award presented each week during the academy. The title dates back to the days of horse-drawn fire apparatus. The first whip was the captain's driver, his most skilled and trusted helper. From the group of First Whips, Golder was selected as Top Whip for the academy.