Mike Nelson: ‘This is not easy for me to talk about’ 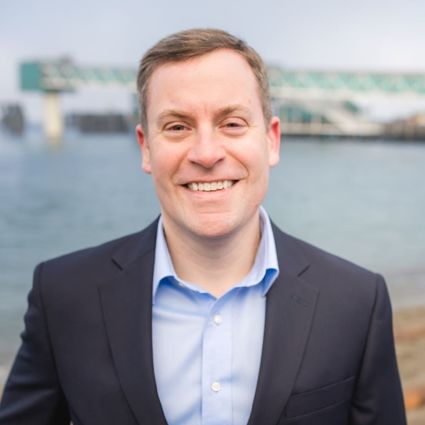 Editor’s note: This spring, the Edmonds Beacon received an anonymous package. Inside was a copy of federal tax lien of $52,108.44 from the years 2010 to 2015 assessed against councilmember and mayoral candidate Michael Nelson and his wife. It was dated Oct. 18, 2017.

The lien noted that the dates for refiling were 2021-2026 for each of the assessed years, respectively.

After receiving the package, Nelson agreed to meet with the Beacon to discuss the liens. After explaining his situation at the time, and that the $52K was paid off last year, which he details below, the Beacon decided not to publish a story.

The following is a letter the Beacon received, unsolicited, from Nelson on Sunday, July 7. He headlined the letter “We are Edmonds.”

One of my favorite things about campaigning is walking door-to-door, talking to voters in our community, and learning about issues that matter to them.

As I talk to people and learn about their challenges, I often hear that there are many of us who are struggling to stay in Edmonds, who are living on fixed incomes, and who are being priced out with the rising housing costs.

I understand this struggle because I too have lived it here in Edmonds.

This is not easy for me to talk about because it was the hardest experience my wife and I have ever gone through in our 17 years together. I also know though that one of the best ways to measure a person who will represent you is to understand their actions, not when times are easy, but when times are tough.

My wife and I first moved to Edmonds nine years ago with the dream of owning our own home. We were excited to put down roots with our 1-year old son, Elliot. We both worked full-time jobs and rented a small home three blocks from Highway 99.

We were looking forward to building a life and raising our family here. Unfortunately, the timing was not great in moving during the tail end of the recession.

We paid our income taxes each year, but continued to owe not only taxes, but high student loans. Our second son, Henry, was born in 2012. Soon, we were struggling with the costs of daycare and raising two boys in one of the most expensive housing markets in the country.

We set up a payment plan with the IRS, and made tax payments, but it never seemed to be enough, as the interest and penalties continued to pile up, and ultimately doubled what we owed.

In this moment, like so many other families, we had to make the choice to prioritize putting food on the table and making sure our children had quality childcare. During this time, we were also forced to move four times in six years because our rental homes continued to be foreclosed or put up for sale.

In addition to all our other costs, we repeatedly had to pay first and last month’s rent and rental deposits. Moving so many times in such a short period was hard on us and our young boys.

At this point, many people understandably would have thrown in the towel, given up and moved away from Edmonds. But that was not an option for us.

We struggled to find a path forward, but we did. We took responsibility for our debt and were determined to find a way out. We scraped up what we could, cut our expenses, and saved up as much money as possible.

We accomplished what seemed impossible at the time  we bought our first home.

Our children got to stay in the school they loved and keep their friends. It took a while, but over a year ago, we paid off our taxes in full.

Many people talk about the challenges young families face in being unable to afford to live in Edmonds. I experience firsthand the barriers they face. I know the feeling of not having a permanent place to call home.

I know how rising costs, and taxes hurt our families and our seniors. Many of us at some point have made sacrifices or overcome hardships to get here, to stay here.

I have spent a lot of time reflecting over our family’s experience. What did I learn?

We are Edmonds, and we are here to stay.