By David B. Richman 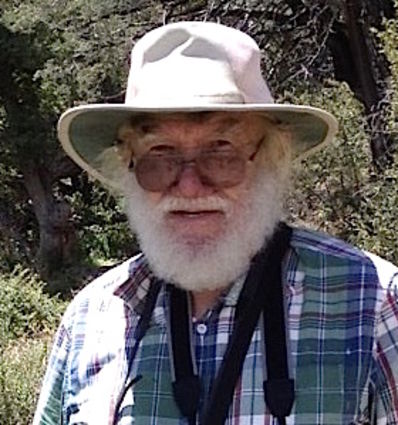 The recent discussions over the Sunset connector and the Edmonds Marsh, along with the rather worrying news relating to climate change, extinction, forest fires, and refugees, have continued to impress on me how fragile our environment is, both from the perspective of a small city like Edmonds and from that of the planet we live and depend on.

I am a field biologist who retired in 2011 and moved with my wife from Mesilla Park, just outside Las Cruces, New Mexico, to Edmonds in October 2015.

In the course of my career, I worked on both practical field ecology (biological control) in rangelands and field crops from soybeans to citrus and alfalfa, and in evolutionary biology, ecology, and ethology of arthropods, especially spiders.

In addition, I grew up along the U.S.-Mexico border and spent most of my life there.

I know that area well, and was involved in a small way with various environmental concerns on the border, especially along the Rio Grande and the southwest corner of New Mexico, where activists (and I am proud to have been among them) worked on behalf of the Gray Ranch and the eventually declared Organ Mountains Desert Peaks National Monument.

These were huge areas covering hundreds of thousands of acres of mountains, canyons, creek beds, playa lakes, desert, and grassland. Climate change puts these nearly pristine wild areas at risk, as it does all areas large and small, protected or not.

What does this have to do with relatively tiny areas of urban wilderness that we have in Edmonds?

Actually a lot, as we need both large areas, like Olympic National Park and the Gray Ranch, and small areas  preferably connected by green pathways  like the Edmonds Marsh and Brackett’s Landing North, to maintain what we can of the marvelous biodiversity of the planet.

Robert MacArthur and E. O. Wilson, as well as Dan Simberloff, have studied island biogeography (isolated parks act much like islands, minus the ocean barrier) and it is fairly obvious that small islands lack the biodiversity of large ones and islands near the mainland are more bio-diverse than isolated islands.

However, it is not quite that simple, as small oceanic islands like the Galapagos often have unique life forms, and thus saving a large area that does not include some part of all the islands (or in the case of parks at least parts of isolated microenvironments), will relegate many species to extinction.

My associates Sandra Brantley, David Hu, Mary Whitehouse, and I similarly found that of four sites in or on the fringes of the Chihuahuan Desert in Texas and New Mexico, none had an identical fauna of (in our case) spiders.

In fact only a few species were common to all areas. Thus one large “Chihuahuan Desert Park” would not encompass the biodiversity of the region, although it would provide habitat for large animals like jaguars.

There are, of course, other reasons for saving beaches and green space, especially in urban settings. Studies have shown that humans do better psychologically and physically if they have some contact with nature.

Having parks where one can touch some part of nature, even if second-growth forest, is important for our health. Even small areas can be of help and, from the reaction of people in Edmonds to the Sunset connector, it is obvious that many people are heavily invested in that facet of the issue.

Obviously we cannot always have what would be ideal, from an ecologically sound perspective. Safety issues, issues of population movement and pressure and political and economic realities may well tie our hands in some or many cases.

Very few cities have been planned with the environment in mind. We have what we have, often after much abuse.

If we are to survive the coming difficulties (and I am one of the multitude of scientists who have signed the World Scientists’ Warning to Humanity, which outlines the problems awaiting us) we will have no idea which of the areas that we try to save will survive with us.

It is however, in my opinion, our duty to try and save what we can. Life on this planet is a wonderful mystery that we really do not understand after centuries of research and speculation.

It would be a great pity to destroy it in our ignorance, and destroying it might well lead to our own destruction.

There is no other planet that we can easily colonize if we ruin this one.

David B. Richman is an Edmonds resident.