Kristiana Johnson: ‘I think I have a good shot at moving forward’ 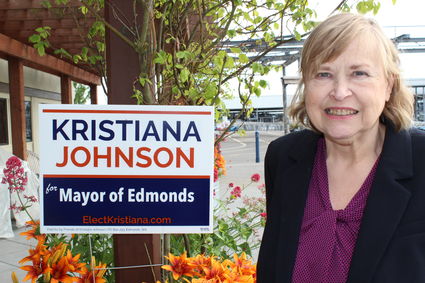 Kristiana Johnson had a moment of clarity while laid up in her hotel room in Hawaii earlier this year after breaking her hip. She decided to run for mayor of Edmonds.

“I thought, well, why not?” the 66-year-old told supporters last week during her campaign kickoff at Anthony’s HomePort in Edmonds.

“Because these are the things I care about. It was kind of a clarifying event because when you're facing adversity, everything just becomes very simple and you think, well sure, I can do that.”

Johnson, a member of the Edmonds City Council, defeated Josh Thompson in 2017 to win a...