Edmonds City Council to citizens: We hear you 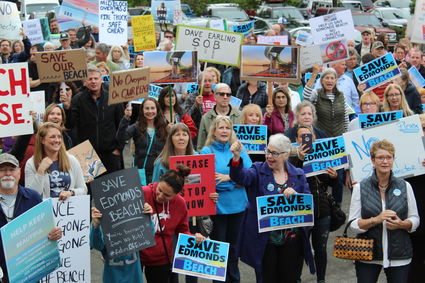 Hundreds gathered in Edmonds in a rally against a proposed bridge from Sunset Avenue down to Bracketts Landing North.

In a victory for those who want to keep a sparsely used beach in Edmonds just the way it is - it doesn’t even have an official name - the City Council voted Tuesday not to proceed with the next phase of the Edmonds Street Waterfront Connector.

It was assumed by many that Councilmember Kristiana Johnson would be the swing vote for phase 2, which would authorize Mayor Dave Earling to give consultant Parametrix the OK to proceed with a $2.35 million design, permitting, and collecting of environment documents.

It turns out that the swing vote was councilmember and mayoral candidate N...