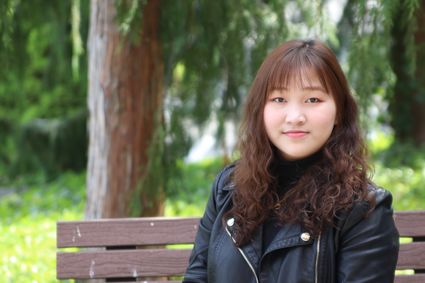 Edmonds Community College will celebrate its 52nd annual Commencement ceremony at 7:30 p.m. Friday, June 7, at the Angel of the Winds Arena in Everett.

“I’m proud of our graduates for their persistence and hard work, and look forward to seeing what each accomplishes in the future,” said Edmonds CC President Amit B. Singh.

The BAS degree has an emphasis on family systems, equity, and social justice. It integrates Early Childhood Education and Social and Human Services, and was designed for working adults.

“It’s been amazing to see the growth and advancement in skills from our students. I’m so proud of all they’ve accomplished and for their future possibilities,” said BAS program manager Teresa Lin. “Students who never thought they would earn a bachelor’s degree are now looking into master’s degree programs.”

Bryan’s passion for knowledge was sparked at Edmonds CC after finding her way to the college’s Edmonds Career Access Program, or EdCAP, program in 2016. EdCAP allows students ages 16-21 to attend classes at the college and earn high school and college credits at no cost.

“EdCAP gave me the step in the door that I needed and changed my life,” Bryan said.

She excelled in her classes and earned her first “A” at Edmonds CC. In addition to academic success, Bryan was able to connect with her Native American heritage through a college summer program called Tribal Canoe Journey, a month-long journey that pairs students with local tribal members to canoe hundreds of miles together along the Puget Sound coast.

She is graduating with her high school diploma and plans to continue her studies at Edmonds CC to earn an associate in arts transfer degree after the completion of fall quarter.

Bryan’s advice to her fellow graduates: “Never stop when you’ve hit the ground. If you hit a roadblock or you trip a little, it’s not over. The race is still going, and it doesn’t end until you cross the line.”

Cung’s college journey began on an airplane three years ago  during her first plane trip. Her parents had saved to take her family from the countryside of Vietnam back to her father’s hometown for a visit.

By chance, Cung ended up sitting next to an Indian American man who is a retired engineer. Throughout the flight, they talked about her studies and goals, and shared stories about Vietnamese, Indian, and American culture. Within just 15 minutes of landing, the man asked if Cung would like to study in the U.S. He also offered to cover the cost of tuition.

“It was like a movie,” she said. “He’s not my relative, and he knew nothing about me, but he believed in my future.”

Cung is the first in her family to go to college, and will be graduating with honors. She also credits her parents and their hard work as being her pillar of strength.

Cung will be graduating with her associate in science degree. In the fall, she will begin her studies at the University of Minnesota, where she will pursue degrees in chemical engineering and pharmacy. 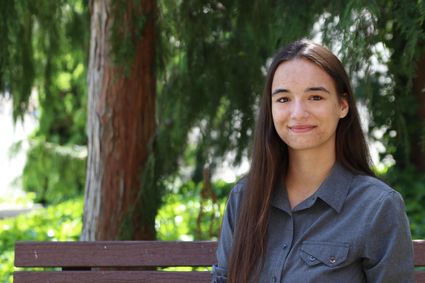 Cung’s advice to her fellow graduates: “Learn to fail and fail to learn. It’s a process, but as long as you do not stop moving forward, you will achieve what you want.”