Place names from Edmonds and Meadowdale’s past 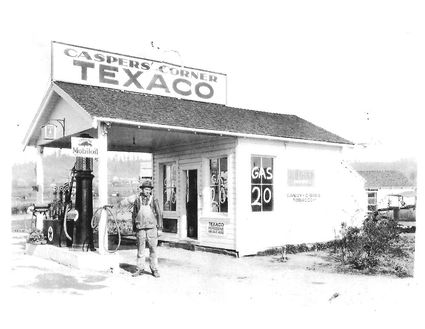 A Texaco service station was on the corner of Third Avenue North and Caspers Street.

As the years pass, the names of places, roads and intersections often change and eventually just disappear, most no longer remembered. However, a few of the old names are still actually in use.

Others have long been forgotten except by a few early residents.

Some of the information given here does come from my own memories of the early days.

In addition, I did rely on some great resources such as A Sense of Place, a Snohomish County Gazetteer provided by Marge Reid and the Sno-Isle Genealogical Society (SIGS), and also the society’s early Edmonds newspaper collection.