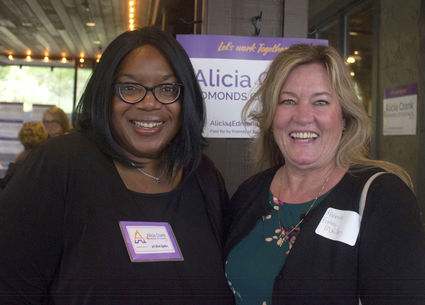 “It feels good to see so many supporters come out and what I look forward to the most is meeting new faces,” she said at Scott’s Bar & Grill in Edmonds Monday, March 11.

Crank began her speech by acknowledging 2020 Democratic presidential candidate Kamala Harris, who was encouraged to run for district attorney and later attorney general when Crank lived in the San Francisco area.