We’re No. 1  in distracted driving 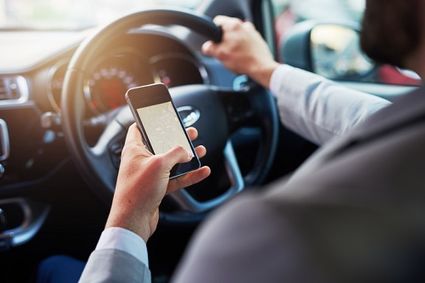 Are Edmonds drivers really that bad?

(Editor’s note: Have you driven through Walnut and Ninth Avenue South lately?)

Quote Wizard, which provides insurance news, reported this week that Washington state is the 10th-worst driving state in the country.

A lot of that has to do with distracted driving.

And where would distracted driving be the worse in the state? Can you believe, Edmonds (heads nod across the city)?

Quote Wizards says Edmonds is the worse, ahead of SeaTac, Tacoma, Lakewood, Everett and Lynnwood (we’re worse than Lynnwood?).

“We are aware of the recent Quote Wizard distracted driving report released on their website,” Edmonds Police Sgt. Shane Hawley said Wednesday, March 13. “We were surprised at the fact they have us listed with a distraction rate twice that of the number two city. From what we can tell on their website, they used publically available data from the Washington State Department of Transportation website.”

That date, Hawley said, is collected from collision reports generated when an officer responds to a collision call. The officer writes a collision report, which includes a section specifically designed to track the causes of collisions. There are three available boxes to input data, per vehicle, on the form.

“Driver distractions is one area our officers specifically look at when investigating collisions,” Hawley said. “We make sure, during the report approval process, that the appropriate driver distraction codes are checked, including distractions.

“This is an area we focus on, but it is important to note that the distracted driving codes in that section may not be a focus of all law enforcement agencies. We believe the numbers are so much higher because we specifically focus on distracted driving as part of our standard collision investigation process.”

According to Quote Wizard, there were 276 distracted driving incidents in 2017. None resulted in fatalities.

In May, Edmonds police traffic unit will be conducting a distracted driving emphasis as part of the Target Zero initiative.

“We had one scheduled in February,” Hawley said, “but it was canceled due to the snow storms.”

Hawley didn’t speculate on the cause of Edmonds’ high numbers, but Edmonds  like SeaTac, No. 2 on the list  has visitors to the ferry and airport, respectively.

Meanwhile, Lynnwood police officers have a distracted driving emphasis between March 28 and April 14 in the area of 196th Street SW and 36th Avenue West. There were over 250 injuries in Lynnwood resulting from more than 1,400 collisions last year.

Of that number, Lynnwood police determined that distracted driving and/or inattentiveness was determined to be the primary factor in the vast majority of collisions, Cmdr. Sean Doty said.