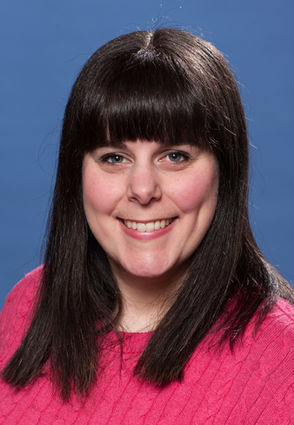 Amid the hustle and bustle of working in a busy church, the live stream of the United Methodist Church’s special General Conference hummed in the background.

The denomination was at a pivotal point as delegates from across the world came together in St. Louis to make a final decision on the inclusion of the LGBTQ clergy and allies in the denomination.

In 1972, that General Conference body added these lines to the United Methodist Book of Discipline, the denomination’s governing book:

“The United Methodist Church does not condone the practice of homosexuality and considers this practice incompatible with Christian teaching”  Book of Discipline, page 16.

This inclusion not only pushed away perspective LGBTQ congregants, but also closed the door on LGBTQ clergy from living authentically.

Since that time many United Methodist churches throughout the country, including my own Edmonds United Methodist Church, have become reconciling  apologizing to the people we long to be in ministry with who had been harmed by the words in the Book of Discipline.

Perhaps it was my hopeful heart or my naivety that was humbled hearing the General Conference vote on Feb. 26.

That morning, the Conference voted against the “One Church Plan,” which would have allowed each individual church to make their own decision regarding the inclusion of LGBTQ clergy and same-sex weddings.

But the afternoon was when the toughest decision came down.

The Conference voted against the acceptance of LGBTQ clergy (in fact broadening the definition to include “persons living in a same-sex marriage or civil union or persons who publicly state that they are practicing homosexuals”) and voted in harsher penalties for clergy who perform same-sex weddings, including one-year unpaid suspension after the first offense and surrendering credentials after the second.

It became clear that delegates hadn’t heard the pleas of the future.

Several young members of the church spoke passionately, some maintaining their voice while tears streamed down their faces. Soon enough, those young people will lead congregations, and where will they be?

Not in a United Methodist Church.

They will lead their own denominations and churches in a way of compassion and love, like Jesus taught. Their tapestries will be woven together with gays, lesbians, transgendered, black, white, Asian, Mexican, rich, poor.

And they will thrive because they chose to welcome their Christian brothers and sisters to the table not as less than, but as equal to.

United Methodist churches are in conversation now about their future with a denomination that seeks to exclude.

Local congregations will meet with one another in an act of unity to determine the best path for our future as churches in the Pacific Northwest.

While it’s bittersweet to consider leaving our denomination, like moving away from home, I’m confident in knowing our roots will continue to deepen as we stand firm in the inclusion of all God’s people.

Jessica Pair is coordinator of media and information at Edmonds United Methodist Church.