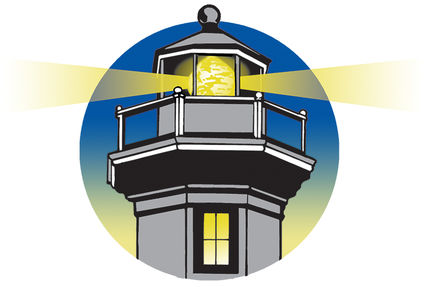 The partial federal government shutdown will cause some Alaska Airlines customers to have to reschedule their travel plans in February.

Alaska announced Tuesday, Jan. 22, that its initial start date at the new Propeller Airports terminal at Paine Field (Feb. 11) in Everett has been pushed back until March 4 at the soonest.

“Several key groups within the Federal Aviation Administration, which conduct crucial certification and oversight work required for the start of commercial air service at Paine Field, are subject to furloughs because of the government shutdown,” Alaska said in a news release.

“The FAA’s work on the environmental assessment continues. However, essential work groups within the FAA are furloughed and further delays are expected if the shutdown continues.”

As reported by The Beacon last week, representatives from Paine Field, the FAA and Alaska all admitted that the partial federal government shutdown, which is now the longest in United States history, may impact the beginning of flights at Paine Field.

The shutdown started over a dispute over funding for a border wall between the United States and Mexico. President Donald Trump has requested more than $5 billion to fund the project. As a result, roughly 800,000 government employees nationwide are out of work.

When Alaska announced last year that flights were scheduled for February, the airline said that was pending government approval. United Airlines, which is the only other airline that will fly in and out of the Propeller-ran terminal at Paine Field, is scheduled to begin flights March 31, and had also said its start date was at the discretion of receiving government approval.

Paine Field Airport Director Arif Ghouse said they are upset by the delay, and hope service out of the new terminal starts soon.

"While we are obviously disappointed in the delay, we look forward to the start of commercial service at Paine Field and the many benefits it will provide to our community," he said.

There will be a maximum of 24 flights to and from the new Paine Field terminal. Alaska will operate 18 of those flights, which include destinations in California, as well as Las Vegas, Portland and Phoenix. United will fly to and from Denver and San Francisco.

“It’s a judgment call on our part because we don’t know when the government shutdown will end,” Alaska said in the release. “We selected a new date for start of service that could allow time for a resolution, but not too far out in case the shutdown suddenly ended. We’re hopeful our operations at Paine Field will get up and running soon and we can get our guests going places.”

An additional delay in flights could occur the shutdown continues further, and the new terminal doesn’t get the government approval required to begin commercial air service out of Paine Field.

“We can’t start flying at Paine Field until we have all the required, final government approvals. We’re making the best business decisions we can during a difficult situation,” the airline said.

Tickets for Alaska flights out of Paine Field in February and early March went on sale a few months ago, and the airlines is offering alternatives for those who purchased tickets already.

Those with tickets for travel between Feb. 11 and March 4 reportedly received an email notification from Alaska on Tuesday that they’re automatically being confirmed, waiving any fees, on a new flight on their same scheduled travel date, from Sea-Tac International Airport.

“It’ll be for a time that’s closest to their original Paine Field flight,” the release said.

People who wish to keep Paine Field as their departing or arriving airport for a different flight March 4 or later will also be able to do that without paying any fees by calling Alaska Airlines at 1-800-252-7522.

“We know our guests who purchased tickets to and from Paine Field will be disappointed by this delay  so are we,” said Andrew Harrison, Alaska Airlines’ chief commercial officer. “There are certain things that are simply out of our control. We apologize if your travel plans need to change. But we remain eager and committed to giving you  our loyal guests  a much-needed airport alternative north of Seattle, and a great experience.”

To see the news release and an updated schedule of flights, visit blog.alaskaair.com/alaska-airlines/paine-field-delayed-service.