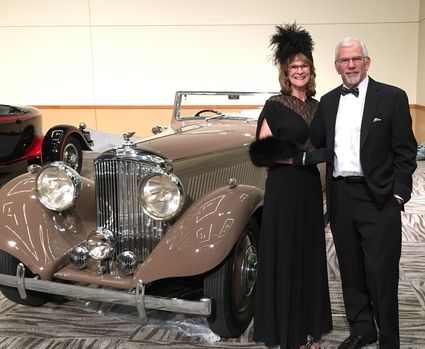 Shortly after her birth, the family moved to Edmonds. Growing up, she rode her horses around Edmonds, enjoyed snow skiing and playing baseball. She attended Seaview Elementary, Edmonds Junior High and graduated from Edmonds High. She went on to college, attending WSU and North Seattle Community College.

After graduating, she worked in the Vascular Ultrasound field, working for IAPM and Pacific Vascular (PVI) in Seattle. Upon leaving PVI, Norma and her husband started a mobility company, Access Mobility Systems (AMS), where she was the director of marketing.

After building the business into a successful company, they sold it and retired in 2002, all the while staying very active in the community.

Norma’s sons, Kevin and Erik, were the light of her life. She enjoyed Cub Scouts with them, serving as a Den Leader for Pack 305 and continued with them as they crossed over to Boy Scouts. While in Boy Scouts Troop 300, she held an active role on the committee and was a Merit Badge Counselor.

She was involved with the boys all the way through to see them achieve their Eagle Scout designation.

Norma supported husband Kim with his involvement in Alderwood-Terrace Rotary, taking on many responsibilities in producing the Concours de’Elegance at the Wood car show at Lynnwood Golf Course for many years.

She was on the Board of Directors of the Multiple Myeloma Cure Seeker Society (MMCSS.org). Norma was also an active member of the Edmonds Yacht Club (EYC), the Classic Car Club of America (CCCA) and the Porsche Club of America (PCA), where she always took an active role participating in as many capacities as she could and gaining many, many friends along the way.

The past few years, she and her husband have been participating in charitable Concours events around the U.S. and Canada, building many friendships throughout both countries.

Norma was diagnosed with cancer in October 2006, and at that time was given a short time to live. Twelve years later, after a ferocious battle, she succumbed to the disease.

She also leaves behind her cat, Angel. Norma was the ultimate hostess! She loved playing piano, gardening and finding just the right outfit and hat for the next event.

Those who wish may donate in Norma's name to

The memorial service will be officiated by Pastor Hector, on Saturday, December 29th, at 2 p.m. at Trinity Lutheran, with celebration of her life to follow, 6215 196th St. SW, Lynnwood, WA 98036.