Our favorite fiction and nonfiction books from 2018 | Fresh Reads 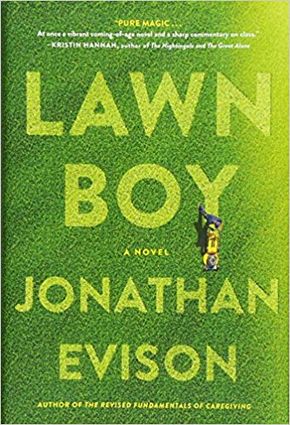 A sure sign of another turn around the sun is the appearance of lists of favorites, best-ofs and top-10s from book reviewers and publications near and far.

In this spirit, the staff of Edmonds Bookshop provides a few of their personal favorites for adult readers from 2018. These books and many more are available at the shop, and at https://edmondsbookshop.indielite.org/.

Susan: Not too many years out of high school and still doing menial work, Mike Muñoz knows that he’s got to be the one to shake things up if he’s ever going to change his life. Set in Poulsbo.

Ron: At once a murder mystery and a social critique, Marley captures our disrupted nation through the viewfinder of an embattled Midwestern town.

David: A monumental novel about trees and people, told in alternating chapters that bend the reader toward a deeper appreciation of nature and humans, and how we’re intertwined.

Michelle: Pete Banning was Clanton Alabama's favorite son, a returning war hero and patriarch of a prominent family. Then one morning he walked into church, and calmly shot and killed the Rev. Dexter Bell. His only statement: "I have nothing to say."

Michelle: The Iliad,” as experienced by the captured women living in the Greek camp in the final weeks of the Trojan War. Powerful scenes provide a welcome perspective.

Mary Kay: Set in Oakland, this novel features a spectrum of urban Native Americans planning to attend an upcoming powwow. Ancient stories and modern technologies mix, as do humor and violence. Orange is a refreshing new voice in American literature.

Michelle: A compelling story of two New Jersey families, navigating what seems to be the end of their world. With history as the canvas, these characters paint a startlingly relevant portrait of life in precarious times, when the foundations of the past have failed to prepare us for the future.

Susan: In his powerful new novel, Charles Frazier returns to the time and place of “Cold Mountain,” vividly bringing to life the chaos and devastation of the Civil War.

Susan: From the internationally acclaimed author of “The English Patient” comes a mesmerizing new novel that tells a dramatic story set in the decade after World War II.

Elaine: Family secrets, a spooky house, a mean and cranky old housekeeper, an attic bedroom door that locks from the outside: What has our heroine gotten herself into?

Susan: Phoebe Siegler first meets Charles Heist in a shabby trailer on the eastern edge of Los Angeles. Phoebe’s trip to the desert was always going to be strange, but it was never supposed to be dangerous.

Elaine: The fourth book in Galbraith’s (aka J.K. Rowling) mystery series features Cormoran Strike and his now-partner Robin in pursuit of the truth about a troubled young man. Worth the wait.

Ron: Set against the assassination of JFK, this is a poignant and evocative crime novel that centers on a desperate cat-and-mouse chase across 1960s America.

Elaine: Anna Fox stays inside her house, watches old movies, drinks too much wine, and may have seen something she shouldn’t have out her window. There are some really good twists in this one.

“The Beekeeper: Rescuing the Stolen Women of Iraq,” by Dunya Mikhail, $16.95 paperback

Michelle: The inspiring true story of a beekeeper who risks his life to rescue enslaved Yazidi women of Northern Iraq from Daesh (ISIS).

“Buzz: The Nature and Necessity of Bees,” by Thor Hanson, $27

Michelle: This book presents the natural and cultural history of bees including how bees are central to our harvests, our mythologies and our existence.

Ron: Reporting on history, science and his own experiences, Egan examines the ongoing ecological calamity and offers ways we can restore and preserve the lakes for generations to come.

“Notes on a Foreign Country,” by Suzy Hansen, $15, paperback

Mary Kay: After 9/11 and the U.S. war in Iraq a young journalist goes to Istanbul to try to understand the conflicts in the Middle East.

Michelle: A new edition of the Oxford Junior Dictionary spurs careful readers to note that 40 common and useful words had been exchanged for colder, more modern terms. This visual feast of text and companion images restores these words to their rightful place in our imagination.

Mary Kay: This quirky and wonderful little book is a facsimile of the original 1814 scientific guide to naming colors. Prussian blue is the color of the beauty spot on the wing of a Mallard drake. Darwin used this guide to describe colors of things he observed in his studies.