Post election, listening to the other party | Guest View 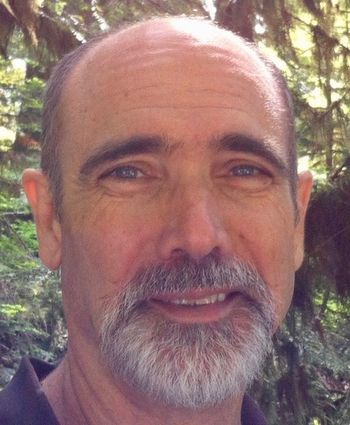 Reflecting on last week’s election and the entire process leading up to it, I believe the number one issue facing this country is not immigration, health care or any of the usual suspects.

I believe it is our apparently epidemic inability to listen to, understand, and respect differences.

It seems that almost everywhere you look, there is one person or entity bashing another over their position on this issue or that issue, or for just being an X, when they are a Y.

In the important book, “Strangers in Their Own Land,” author Arlie Hochschild reports, “In 1960, when a survey asked American adults whether it would ‘disturb’ them if their child married a member of the other political party, no more than 5 percent of either party answered ‘yes.’ But in 2010, 33 percent of Democrats and 40 percent of Republicans answered ‘yes’.”

Hochschild further reports that, “According to a 2014 Pew study of over 10,000 Americans, the most politically engaged on each side see those in the ‘other party’ not just as wrong, but as ‘so misguided that they threaten the nation’s well-being’.”

And even a casual observation of the current political scene would suggest that this has only become more so since those studies were done.

I suggest that the two most dangerous words in the English language are, “I’m right.”

Because as soon as I hold that “I’m right,” I close off all other possibilities and thoughtful discourse ends. And in order for me to be “right,” then the other party has to be “wrong.”

At that point, any potentially fruitful discussion of issues becomes nothing more than a verbal war of proving  with rising voices and vitriol  that I am right and the other is wrong.

And then my purpose becomes to torpedo the other and win, no matter the cost. Because if I’m right and the other is wrong, and their view has no value.

From there it’s an easy step to relegating the other to be a lower life form than me. Hence, a posting in The Seattle Times two years ago after the presidential election where a reader penned a comment that, “Everyone who voted for (presidential candidate’s name) is mentally incompetent.”

There is a world of difference between “Those people have a different preference than me” and “Those people are mentally incompetent.” The latter leads to viewing those people as less than me, which subtly but clearly breaks human connection, allowing all types of atrocities by the “we who are the smart ones.”

It’s worth contemplating the end game of all of this. As the war of words (and sadly, more than words in some cases) continues and the vitriol escalates, how will it end?

It’s only gotten worse in the last years, and sadly shows no signs of improving. I know of no one who enjoys watching this drama, or who is proud of our U.S. political system in the way that it currently manifests itself.

Yet it continues to broil on, appearing to be more divisive every day.

I don’t think this problem will be solved from the top down, but rather from the bottom up, by individuals changing the landscape, one interaction at a time. We can do this by simply listening thoughtfully to each other in all of our daily interactions, and truly respecting our different views and experiences.

In my experience as a recovery center counselor and beyond, my observation is that virtually everyone wants to be seen, heard, and loved. I don’t have to be running for any public or political office to give that gift to my fellow human beings every day.

I believe that much, and perhaps all, of our conflict on this planet  whether it’s between two parties in a relationship, parents and children, bosses and subordinates, or one country with another  could be radically reduced or even completely eliminated if we listened thoughtfully to the other party and respected their views, which might be different from ours.

I may prefer vanilla, but I can still love and cherish my friends who prefer chocolate. And we could have an interesting, and potentially enlightening, discussion about why each of us prefers those particular flavors.

It doesn’t mean I have to change my preference. But I might learn something that will help me understand and appreciate my friend even more.

Doug Taylor is an Edmonds resident.