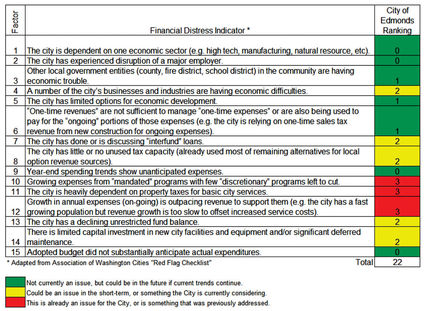 The City of Edmonds has been successful in ending the last three years (2009-2011) with a surplus in the General Fund despite declining revenue in each of those years.

The City accomplished this by implementing both short-term and permanent cost cutting measures.

Also, the addition of a few select new revenue options eased the burden on the General Fund.

For instance, the $20 annual vehicle license fee implemented in 2009 when the City formed a Transportation Benefit District (TBD) has provided a dedicated funding source of over $600,000 per year.