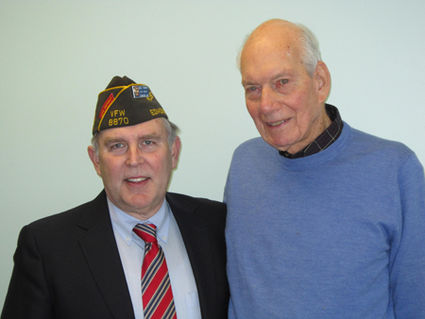 VFW Post # 8870 was honored to have Mr. Alan S. Boyd speak to the group regarding his life time of service to our nation at its regular monthly meeting on Friday, January 13.

Mr. Boyd, who was born and raised in Florida, enlisted as an Aviation Cadet in the Army Air Corps, the day after Pearl Harbor was attacked.

During World War II, he served in Europe for 20 months flying C-47’s, a transport plane.

Among the many missions he flew was dropping paratroopers over Normandy in support of the Allied Forces...