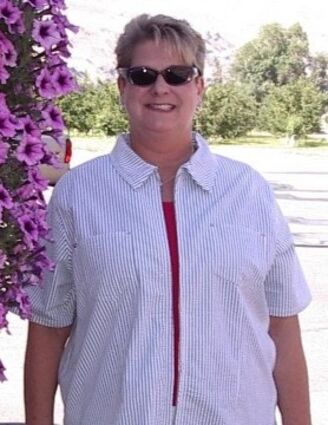 Cynthia "Cyndi" Correnti, 69, a recent resident of Cle Elum, Washington, passed away peacefully at home on Sunday, Jan. 8, 2023, while surrounded by her family. Celebrations of her life will be planned for Cle Elum and her hometown of Edmonds, for this spring and summer. Details for those events will be announced at a later date.

She was born in Kalamazoo, Michigan, on March 1, 1953, to Calvin and Marjorie Carr. As a young girl, she was raised on her grandfather Wagner's farm outside of Kalamazoo, where she had chores for all the animals and where she learned to love and care for them.

She especially loved to ride the horses, especially her favorite pony, Topsy. With all the experiences she had on the farm as a child, she developed a love for animals that lasted her entire life.

Cyndi was preceded in death by her father, Calvin Carr, mother, Marjorie Carr Gartin, and her brother Michael Carr. Cyndi is survived by her loving husband of 42 years, Frederick Correnti of Cle Elum; their only child, Martina, her husband Jared Barthol, and their two sons, Jameson and Bennett of Snohomish; as well with numerous nieces and nephews, cousins, dear family and friends across the country.

As a young women who was looking for a change, she left Kalamazoo and headed toward the West Coast, finally settling in Seattle in the early 1970s. Cyndi began her professional career in banking at multiple locations in the surrounding areas.

During that time in banking, she made lifelong friendships and, as Cyndi would tell the story, it was love at first sight with Fred when he came to her looking for a car loan. After her banking career, Cyndi went on to own and operate several businesses in Edmonds such as Sun Spot Tanning, Farmers Insurance and, most recently, Curves for Women until 2012.

Cyndi was a people person who devoted any extra time to provide services that gave back to her community. Cyndi loved to volunteer and provide support where needed. For many years she was a board member of Soroptimist International, which helped serve a variety of programs for women and children in south Snohomish and north King counties.

Most recently, she was the president of the Suncadia Residential Owners Association Advisory Committee in Cle Elum, which she helped to provide a vision and commitment to the community she loved.

Cyndi was a vibrant soul with a dynamic presence. A free spirit who told it like it was, and she loved with all of her heart. She had a lifetime of stories and would be happy to share them freely over a bottle of wine. Cheers to you, Cyndi!

We love you Cyndi – you will be greatly missed!

Arrangements have been entrusted to Johnston & Williams Funeral Home and Crematory of Cle Elum. Online condolences may be left at http://www.johnston-williams.com