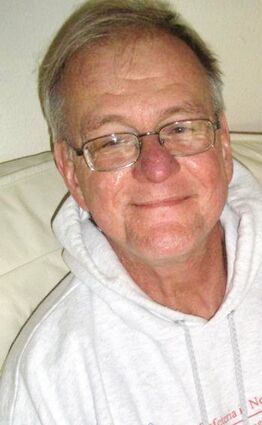 David John Kowalski, 68, of Lynnwood, passed away peacefully in his home beside his Christmas tree on Sunday, Dec. 11, 2022, with his wife and children present.

David was born in Cleveland, Ohio, to Stanley and Irene Kowalski (Nowakowski), on Oct. 27, 1954. He attended his local parish elementary school, followed by Padua High School for one year, then transferred to Cleveland Central Catholic High School, graduating in 1972.

Later that year, David followed his older sister, Maggie Nowakowska (Pamela Kowalski), out to the West Coast, settling in Seattle. There he met his wife, Nancy Kowalski (Milliron), while working at the Seattle Center House. After an eight-year romance, they married on Aug. 27, 1984.

He attended Seattle Central Community College, where he studied photography. His interests also included learning to cook, paired with perfect table presentation, an attention to detail that stayed with him as he became known as a meticulous carpet layer, honored by his peers as one of the best in the area.

David traveled up the northwest coast, all the way to Alaska, to lay carpeting over the years, and even laid a 15-inch-wide French carpet full of carved ocean life for Seattle icon, Ivar Haglund. David was a dedicated, hardworking man who often sacrificed his own interests and life to provide for his family. He was diligent with his job until retiring in 2019.

David was extremely active with the Knights of Columbus for over 20 years, with the Knights revering him as patient, faith-filled, and a very good friend. He received "Knight of the Month" in recognition of his dedication to the Rosary, which he led on Sundays.

David was faithful in many Parish and Knights activities including supporting Parish events; cooking and serving at breakfasts, he also laid carpet in the Council Hall. He was proud of his Polish heritage and was well-known for his love of Traditional Catholicism, and cherished the Latin Mass along with teaching as many as he could about the history of the church.

David is preceded in death by his father, Stanley, and mother, Irene.

David's funeral Mass will be held at St. Thomas More Church, in Lynnwood, on Thursday, Jan. 12th, at 11 a.m., preceded by a Rosary at 10 a.m., with reception to follow.

The family of David wishes to extend our sincere thanks to his close friends, the Knights of Columbus, and Kaiser's hospice team for their enormous support during this time. It will always be remembered.