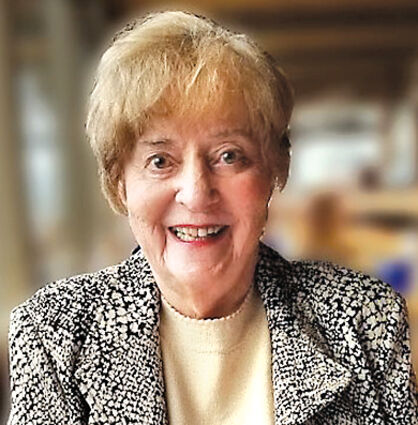 Eileen and Robert Trenton Fortin married in Seattle in 1945 and bought their first home in Edmonds in 1956, where they raised their two daughters, Pamela (Fortin) Johnson, Portland; and Denise (Fortin) Kennedy, Sacramento, California; and where Eileen continued to live until her death.

She was also active in the Mill Creek Garden Club. She loved her home, garden, and travel. Eileen traveled four of the seven continents of the world. She journeyed in her RV across 50% of the United States and Canada, and enjoyed traveling to Mexico.

Those who wish to remember Eileen may make contributions to the Edmonds Floretum Garden Club. No services will be held at the request of Eileen Johnston. Burial: Edmonds Memorial Cemetery.