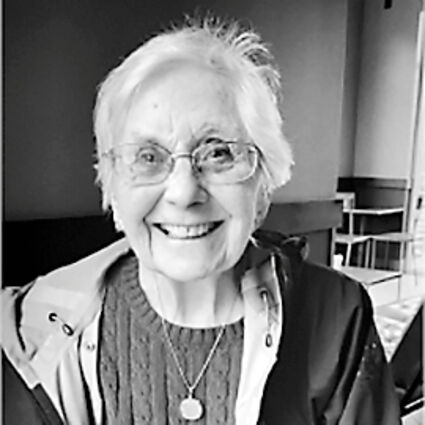 Alice Dobie Linton, age 85, passed away Wednesday July 13, 2022. Alice, with her husband, Jim, lived in Edmonds for 60 years. Alice was born in Gorebridge, Scotland, and came to the United States as an Air Force nanny in 1959. She became a proud U.S. citizen in 1964.

Alice was an active member in the Edmonds community and Holy Rosary Catholic Church. Alice's passions were many. She enjoyed making Scottish shortbread to share with friends and family.

Alice had fun camping and backpacking with her family. She loved the Edmonds beach, and to her grandchildren was known as the "Beach Grandma." Alice was a beloved wife, mother, daughter, sister, and grandmother.

Alice is preceded in death by her parents, Joseph and Mary Dobie, two brothers, Thomas and John, and sister Anne. She is survived by her husband of 62 years, James; daughter Suzanne Doyle and husband John; and daughter Sherri Linton and husband Tyler Huff. She is also survived by five grandchildren: Joseph, Ian, and Sam Doyle, Emily and Elle Holzman.

Public funeral services will be held at 11 a.m. Friday Aug. 5, 2022, at Holy Rosary Catholic Church in Edmonds, followed by a small reception. The family has requested that remembrances be made in the form of contribution to a local foodbank of your choice.