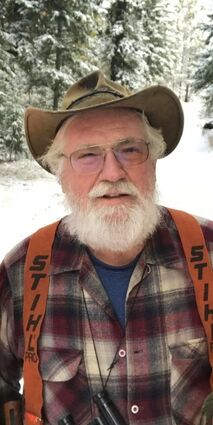 On Friday, June 10, with errands finally complete, Dave started home not knowing his true destination that evening would be his heavenly home. There was no evidence he was avoiding danger or difficulty – he was simply and suddenly – gone. He did not feel the crash or suffer.

Dave grew up living in Seattle and then in Concord, California. He graduated high school in 1970 in Incline Village, Nevada. He attended Green River Community College, obtaining his degree in forestry management.

Dave started working as a commercial fisherman for Barrett Monsaas during the summer season in southeast Alaska on a purse seiner, and was a longtime resident of Edmonds.

Dave then worked at Whitney Fidalgo, Fisherman's Terminal dry dock in the off seasons of fishing. The last skipper he worked with was Fred Dobzinski before retiring from fishing. His final employer was Marco in Ballard as a crane operator/machinist – retiring in December of 2010.

Dave is survived by his wife, Marci Hale.

A Celebration of Life potluck will be held Aug. 6 at Quiet Acres, 25 Mile Creek, in Chelan, one day before what would have been Dave's 71st birthday. For directions please contact Cheri at 715-547-3343.

Remembrances can be made in Dave's name to The Rocky Mountain Elk Foundation.