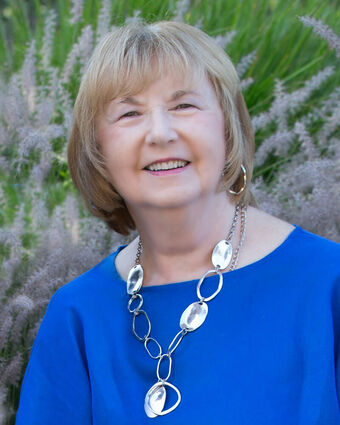 Kathleen (known as Kathy, Kate, or Katie) was born in Pittsburgh, Pennsylvania, and grew up in the nearby borough of Ben Avon. She graduated from the University of Pittsburgh in 1960 and became a teacher at her alma mater, Avonworth High School, where she taught both of her younger brothers English.

Katie married her college sweetheart, William Brougher, in 1961. The couple moved to Seattle, where Katie worked at Boeing until taking some time off to care for their two young sons. She later returned to the workforce and traveled all over Western Washington as a successful insurance agent at the Old Northwest Agents.

Katie adored her family, and she and Bill were absolutely devoted to each other throughout their marriage of 60 years. Katie was especially proud to support Bill's engineering career, and Bill credited her for many of his accomplishments.

Katie was accepting and welcoming of others and could always be counted on to help out when needed. She had a sharp sense of humor and was always making new friends while working, traveling, volunteering, and entertaining neighbors. She continued to stay close to her cherished childhood friends.

Her lifelong interests were learning and travel. She was an avid reader, and she regularly took classes at the University of Washington to continue her studies. Not one to miss out on an adventure, she learned to ski at age 40 and enjoyed hiking, biking, camping, card games, theater, and golf.

Even as they got older, she and Bill took walking tours in Ireland, Japan, Croatia, Turkey, Thailand, Greece, Egypt, and many places in the U.S. and Canada.

After they retired, Katie and Bill moved to Edmonds, where they spent many hours volunteering at the Edmonds Historical Museum and the Edmonds Saturday Summer Market.

They loved the Edmonds community and were often seen walking together along the waterfront. Katie often said that moving to Edmonds was one of the best things she and Bill had ever done.

Katie died peacefully with her sons by her side in California. She was preceded in death by her brother Tom and, only 10 months prior, by her husband, Bill. She is survived by her sons Bill (Françoise) and Dan (Erica); by her sister Pat Ryan and her brother Bob Collins; and by her grandsons Leo, Greg, and Marc Brougher.

She will be reunited with her husband at the Holyrood Cemetery in Shoreline, and will be forever missed by many friends and family.

All friends and family are welcome to join us at her Celebration of Life on July 9 from 11 a.m. to 2 p.m. at the Edmonds Waterfront Center, 220 Railroad Ave., Edmonds.

In lieu of flowers, the family requests donations to the Edmonds Historical Museum (historicedmonds.org) to celebrate Katie's time volunteering there.