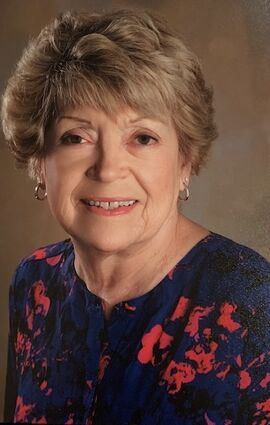 Charlotte Clark was always faithful to who and what she believed in: God, family, and country. Called home by the Lord on May 10, 2022, at the age of 91, she lived for 10 decades and kept a sense of wonder and gratitude throughout her remarkable life.

Charlotte Lou Lumbert was born Aug.11, 1930, in Seattle, to Charles and Allie Lumbert and raised in Burien. Charlotte was a child of the Great Depression, along with her sisters Babe, Sandy, and brother, Chuck. Forged by the hardships of this historic era, she developed a keen ability to solve problems, never complaining, always moving forward with optimism.

As a post-World War II teen, Charlotte worked at the Burien Theater, managing a variety of in-house tasks. She was delighted to have enough cash to buy malts for her many friends with enough money left over for savings.

A 1948 graduate of Highline High School in Burien, she later worked as a manual elevator operator at the old Olympic Hotel in Seattle. Despite handling the heavy doors, she enjoyed working downtown and knew the city inside and out.

She met Boyce Clark at a party at Lake Wilderness in Maple Valley in 1949, and they were married on March 4, 1950. Several months later, war broke out in Asia, and Boyce was quickly recalled to the U.S. Marine Corps (USMC).

At the age of 23, he was sent to Korea, leaving his 19-year-old bride behind. Gravely wounded in combat and losing his left arm, Boyce returned to Seattle after months of hospitalization, and the two settled into life together in Edmonds in 1952.

Charlotte, known as "Chauzz" to close family, was a devoted homemaker, and like many women of her time, she found great passion in it. Together she and Boyce raised three children, Michael, Dennis, and Diane, making sure to give them the best lives possible.

Charlotte was known for her beef roasts, homemade bread, chocolate cake, and vegetables steamed to perfection in an old pressure cooker.

She loved throwing parties and was a warm and welcoming hostess. Her always tidy home in Edmonds was splendidly decorated every holiday for more than 58 years. She especially loved Christmas and giving gifts and lighting up the house – her decorated tree could not hold another ornament.

The elaborate pumpkin patch at Halloween was a big draw for the neighborhood children. She tended a beautiful backyard garden frequented by an array of colorful hummingbirds, and knew more about plants than some who worked at the local nurseries, where she was a regular.

When her youngest child began junior high in the late 1970s, Charlotte went to work for the State of Washington at Fircrest School for the Developmentally Disabled in Shoreline as a clerk counselor for almost 20 years.

She loved the outdoors, and relished family time at Mason Lake on the Olympic Peninsula for 30 summers.

Throughout their 63-year marriage, she and Boyce traveled throughout Washington state and British Columbia, often pulling their travel trailer around Puget Sound to Leavenworth to the rolling hills of Eastern Washington.

In retirement, they volunteered to count eagles that gathered each winter on the Skagit River and lent their dedicated support to the Special Olympics. Together they were active in USMC and Veterans Affairs events and activities in Washington and around the nation.

She enjoyed the Edmonds waterfront in all seasons, and was a regular attendee of the Edmonds Arts Festival, the Driftwood Players, summer concerts at Edmonds City Park, the Edmonds Fourth of July parade and fireworks, and the annual Christmas tree lighting.

Pre-pandemic, she was a regular movie-goer at the Edmonds Theater, enjoying DOTS and popcorn and watching the big screen with girlish delight.

A proud Conservative, she was open-minded and strove to understand the views of others. While she might not agree with you, she would always take the time to listen.

She was a devoted grandmother, great-grandmother, and a proud member of Westgate Chapel for more than 40 years. As late as January of this year, she walked a mile each day near the dog park down by the Edmonds beach.

Charlotte is survived by her children, Michael (Barbara) Clark, Dennis Clark, and Diane Angus; grandchildren Taylor (Allison) Clark, Spencer Clark, Eilea Angus, and Daydra Angus; and great-grandchildren Robinson Clark and Boyce Clark. She was preceded in death by her husband, Boyce, in 2013.

Charlotte was laid to rest with her late husband May 26 at Tahoma National Cemetery in Kent. A memorial service to celebrate her life is set for 11 a.m. Saturday, August 13, at Westgate Chapel, 22901 Edmonds Way, Edmonds.

In lieu of flowers, donations would be appreciated in Charlotte's name to the Semper Fi Fund at http://www.semperfifund.org.