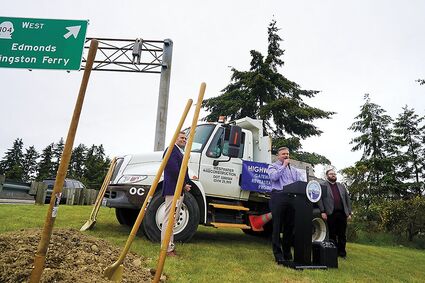 The long-awaited revitalization of Highway 99 in Edmonds began Wednesday, June 15, with a groundbreaking ceremony.