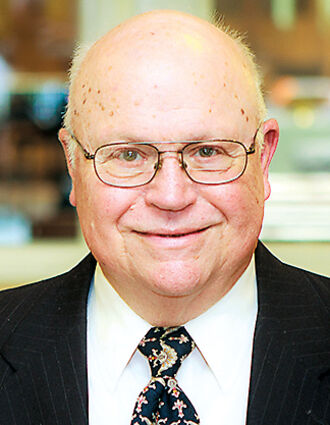 James Wright Wassall, 88, of Edmonds, Washington – beloved husband and father – passed away peacefully in his home on May 8, 2022, of Progressive Supranuclear Palsy and Fahr's Disease.

Jim, the second son of Catherine Coulson Wassall and Warren Wright Wassall, was born in St. Louis, Missouri. His family moved to Detroit, Michigan, in 1943, where Jim later graduated from Cass Technical High School. He went on to attend the University of Michigan and join the University Lutheran Chapel, Ann Arbor.

In 1955, Jim enlisted in the U.S. Air Force and was later selected to attend Officer Candidate School, graduating in 1959 as a Second Lieutenant. He then attended Navigation School in Texas, followed by Nav/Bombardier School in Sacramento, California, where he stayed on as an instructor.

While in Sacramento, Jim was introduced to Sally J. Hopp, a Canadian living in San Francisco. They were married in Canada in August 1963. While stationed at Wurtsmith AFB in Michigan, Natalie Marie and Andrea Catherine were born. During his military career of 21½ years, Jim flew as an instructor in a T-29 "Flying Classroom," a radar navigator in B-52 bombers, and an "over the water" navigator in C-123 cargo aircraft while on tour in Vietnam.

His favorite assignment was to Colorado State University, where he graduated in 1969 with a bachelor of science degree in mathematics and computer science. He used his computer skills at Strategic Air Command (SAC) headquarters in Omaha, Nebraska. While living in Omaha, Jim and Sally welcomed their third daughter, Bonnie Jeanette.

His final military assignment was at the Tactical Air Command (TAC) headquarters in Hampton, Virginia. In 1977, Jim retired with the rank of Major and was hired by Boeing Computer Services to do computer simulation studies. He had projects in many Boeing facilities and retired after 16 years with the company.

Jim was an avid volunteer in his community. In Omaha, he was the PTA president at the elementary school that Natalie and Andrea attended. Everywhere Jim and Sally lived, he was busy with church activities.

While working for Boeing, he volunteered at the USO at SeaTac airport from 4-8 a.m. at least once a week. After he retired from Boeing, Jim became an instructor for the AARP Driver Safety Program and a counselor, instructor, and local coordinator for the AARP Tax Aide Program.

Services will be held at Edmonds Lutheran Church; burial was at Floral Hills Cemetery in Lynnwood. Remembrances may be made in Jim's name to Edmonds Senior Center, located at the Edmonds Waterfront Center. Blessed be his memory!