By Jasper Willson
For the Beacon

Where do residents want ARPA funds to be directed? 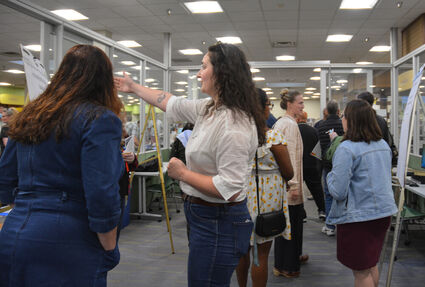 Citizens participated in sessions with public officials on where to distribute federal ARPA funds.

Everyday citizens and public officials met to discuss how and where to spend federal pandemic-recovery funds Thursday, June 2, as Snohomish County hosted its District 3 Recovery Roadshow.

It was the second of five events where district members were encouraged to participate and vote on issues where they'd like recovery funds to be spent. Last Thursday's meeting, at the Lynnwood Library, included Edmonds, Lynnwood, and Woodway residents.

These meetings are not to decide how funds would be spent, but to learn about what ideas and issues people care about. Each meeting is focused on a separate County district.

Sen. Marko Liias (D-21st District), communications manager for the Office of Recovery and Resilience, said the meetings are for hearing the concerns of Snohomish County residents.

"This is really our chance to hear from as many people in the public as possible," he said.

As attendees entered, they were given three stickers to vote on their top three issues. During this portion, local groups set up booths to speak with participants about the resources they offered.

Attendees were able to get free dinner and dessert from two food trucks: Super Tortas Ganzin and Yay Big. Yay High. Yay Ice Cream! There were activities geared for children from the Imagine Children's Museum in Everett.

Gay-lynn Beighton, an Edmonds resident, attended to show demand for increased mental health services. After trying to help a family member get into mental health housing, she said she realized how little availability there was.

Since increasing behavioral and mental health services was one of the top three issues, Beighton was able to give her thoughts during the discussion and was the first person to speak of the need for services for those with mental health issues.

The mayors of the three towns in the district also showed up. Edmonds Mayor Mike Nelson spoke briefly about the city's goals, saying Edmonds is focused on trying to help the homeless and put roofs over their heads.

In addition to Beighton, more than 50 residents spoke passionately about what their communities are experiencing. Liias said he was impressed with the back-and-forth, as citizens spoke about specific points.

"The (roadshows) are exceeding our expectations," he said. 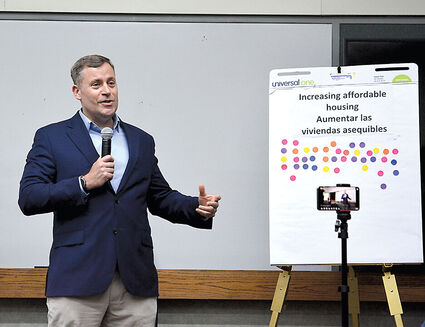 There will be three more Recovery Roadshows for the other districts throughout June. Snohomish County will then look at where to put the available federal aid funds.

"Throughout the COVID-19 pandemic, Snohomish County communities have come together to do what's best for all of us: We've gotten vaccinated, tested, and rallied around our front-line workers and small businesses. Our collective recovery should be no different – we have to do it together," said Snohomish County Executive Somers.

"That's why the County and partners are embarking on this extensive outreach and engagement effort. We want to hear directly from our residents and businesses on what recovery means to them. Our goal is to ensure we make smart and sustainable investments that are responsive to community needs, with a focus on people most impacted by the pandemic."