Cascade Symphony has its season finale 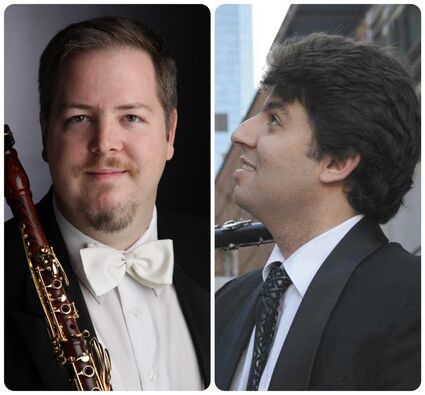 Two clarinetists from the Seattle Symphony, Benjamin Lulich, and Emil Khudyev, will perform with the Cascade Symphony Orchestra for its season finale concert.

The concert – under the direction of Michael Miropolsky – will wrap up the orchestra's 60th season. The program is 7:30 p.m. Monday, May 2, at the Edmonds Center for the Arts, 410 Fourth Ave. N.

A pre-concert lecture at 6:30 p.m., by KING-FM radio personality Dave Beck, will preview the musical highlights for the evening.

Khudyev has performed with numerous music organizations, including the Chicago Symphony and the Cleveland Orchestra. He became an instructor of clarinet at the prestigious Interlochen Arts Academy in Michigan in 2014 after serving as the acting associate principal and second clarinet of the Kansas City Symphony.