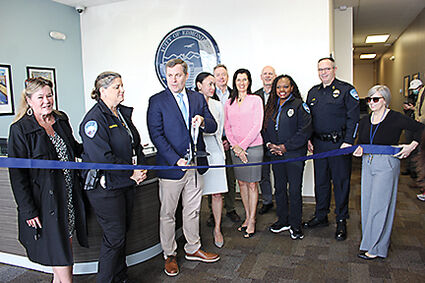 The City of Edmonds has opened a neighborhood satellite office at 23632 Highway 99 as first envisioned and described in the 2021 State of the City Address by Mayor Mike Nelson.

A ribbon-cutting ceremony was held March 24.

The office, in the Aurora Marketplace shopping center on Highway 99 and 238th Street SW, is open with limited hours from 9 a.m. to 1 p.m. Tuesdays, Wednesdays, and Thursdays. The recruitment for a permanent part-time front desk administrative assistant is in progress.

Once that position is hired, the City will announce expanded office hours.

The office is used by the mun...