'I'm having the time of my life' 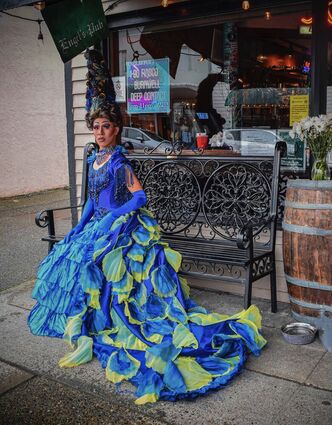 Rita LaRue performed at Engel's Pub in February, and returns April 24 for a 1 p.m. show.

When historic Engel's Pub expanded its live shows from blues- and rock-oriented shows to include drag queen bingo, the response from those in attendance – and those who later learned of the show – overwhelmingly signaled its approval:

Wow, what an amazing success story for this young person! Can't wait to see her again, at Engel's Pub.

I hope we have many more shows with you Rita. I would love to come but I couldn't get a ticket and then hurt myself so couldn't have been there anyway. SO I hope you will return often to Engels and I have a chance then to see you. I loved your words and calm manner. I hope the show is great. I think from what I read that you are pretty great and I expect success to come to you. I hope we in Edmonds can help. I will. You are Beautiful and your clothes oh wow. xo