The death of Mary Daheim, and a Facebook cancellation | History Files 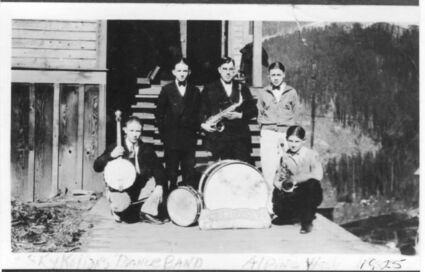 From 1925: The Skykolians Dance Band in Alpine.

Two events happened to affect fans of Alpine, Washington, which I've written about extensively for this column.

The first was that Mary Daheim died March 30. Mary had been the primary proponent of Alpine for 50 years, publishing an article about Alpine in Pacific Search Magazine in 1974.

In 1992, she began her series of mysteries located in a fictional Alpine, loosely based on the real ghost town. Twenty-eight books made up the canon, and in many of the books you can find snippets of information about the real town and its residents.

The second event, on the same day, was that Facebook dec...