By Peter Kelley
For the Beacon

Is there life out there? 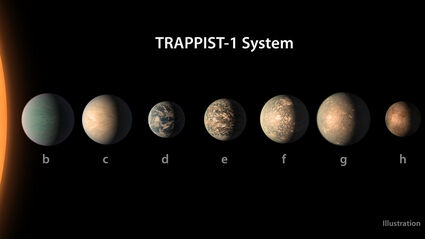 When a massive Ariane 5 rocket lifted off from French Guiana carrying the James Webb Space Telescope – the most powerful and promising observational tool yet – astronomer Eric Agol watched from his Edmonds home, where he and his family have lived since 2005.

After all, it was Christmas Day.

Agol, 51, is a professor of astronomy at the University of Washington and one of thousands of researchers worldwide whose work stands to be enhanced by the new space-based telescope.

"I was extremely nervous given the laundry list of things that could go wrong," Agol said of the launch. "It was qui...