Second chances, for all of us | Moment's Notice 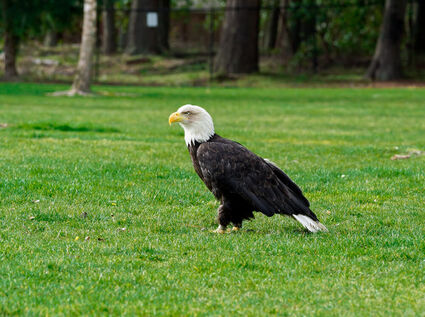 PAWS released an eagle back into the wild at Hickman Park in Edmonds.

This past week, the Progressive Animal Welfare Society, or PAWS, brought a team of staff and volunteers to Hickman Park in Edmonds to release a rehabilitated bald eagle back into the wild.

The eagle had been found, seriously injured, in Woodway, after what appeared to a territorial dispute with another eagle. Habitats for all sorts of animals, birds, marine life, and even humans, are impacted by the growth of the Puget Sound region.

My husband has volunteered with PAWS for years, so we lucky enough to accompany this team to the release. The large kennel that held the eagle during her jour...