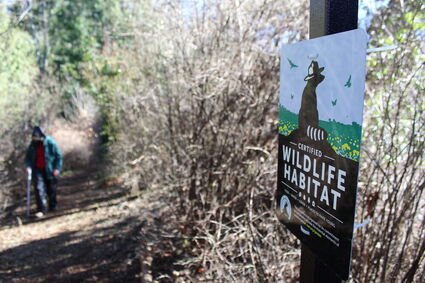 Susie Schaefer is the main force behind the updating of the Demo Garden in Edmonds.

It's locals – and one enterprising Boy Scout – who are now beautifying the garden, making paths more accessible to the public, and emphasizing native plants.

The garden highlights various ways anyone can enhance their backyard to become a wildlife habitat sanctuary and part of an overall City-wide habitat corridor. The garden is host to various plant species native to the state. Plant lists and other habitat-related info...