Day of Remembrance in Edmonds 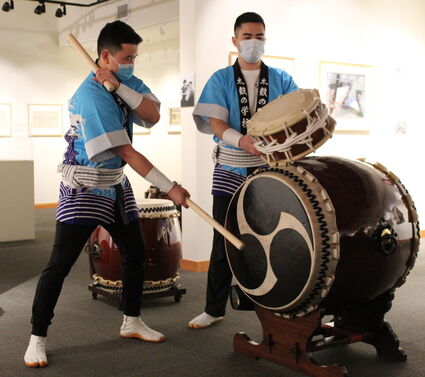 The event commemorated the signing 80 years ago of Executive Order 9066, which began the incarceration of Americans of Japanese descent during World War II.

The ticketed event began with a 30-minute presentation from Cascadia curator David Martin in Walker Gallery. It led to an energizing performance of Japanese taiko drumming with Chikiri and two other members of the School of Taiko in Seattle.

Other events included a traditional Japanese tea ceremony with the Chado Urasen...