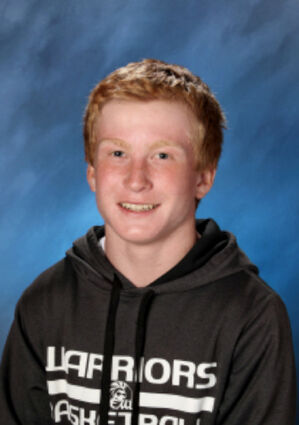 This week's Edmonds Woodway athlete of the week is junior boys basketball player Ben Hanson. Ben lead the Warriors to a dramatic 58-57 win over Snohomish in the first round of the district tournament. Trailing 57-55 Hanson drained a 3pter from the left wing that gave the Warriors the lead for good. Ben was also all over the floor on the defensive end as he lead the team with steals also. Coach Robert Brown praised Hanson's effort in the game. "Ben gave us a lift in the second half when trailing by 17 points. His energy and effort was key to our comeback win."