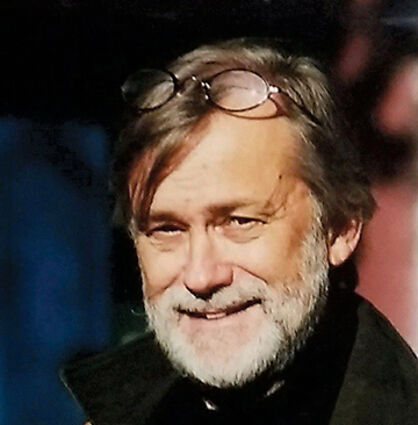 David A Peterson, a longtime resident of Edmonds, passed away on Feb. 3, 2022. He is survived by his loving wife, Gretchen Peterson, and two children, Andrew and Aaron, and two granddaughters, Jessica and Lindsey. Predeceased by daughter Emily.

Dave was born to Allen and Lavina Peterson in Little Falls, Minnesota, on Sept. 14, 1941. He described his childhood quite idyllically, living near the banks of the Mississippi River, filled with fly fishing, which became a lifelong passion. His family moved to Minneapolis, where he attended Roosevelt High School. He met his wife Gretchen at the church they attended in 1957, and they were married on Oct. 19, 1963.

Dave joined the army reserves and attended Dunwoody College of Technology and earned his degree in architecture. He worked at his craft, beginning at Ellerbe Architects in Minneapolis, and then later after moving to the Seattle area where in 1978 he opened GPB architect firm. He loved designing churches and schools.

He and his wife served together teaching youth at all levels in all the churches they attended. He was a Boys Brigade leader and sang in the choir. He retired in 2004 when he and Gretchen entered the mission field in Africa with the Rafiki Foundation, serving from 2004-2011 at a school for orphaned children. Their hearts were forever changed as they served the poorest of the poor.

He truly was a Renaissance man, as he not only was a very gifted watercolor artists, wood worker, musician, and fly fisherman, but he gave his time and talents to the community around him, and generously shared his love and knowledge with friends and family.

His absence will be felt far and wide around the globe, as he made friends wherever he landed.

The family has set up a memorial fund in Dave's honor with the Rafiki Foundation. This will benefit all the children who Dave and Gretchen served by providing both access to the life-giving gospel message and quality education. Family and friends can leave a message for the family and donation at Campaign-Rafiki.