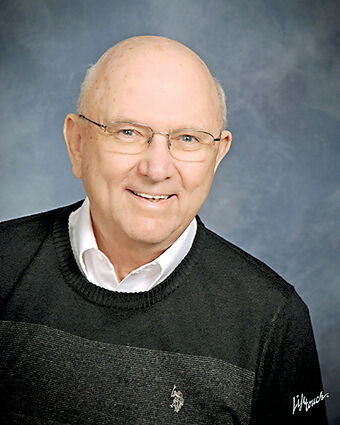 William L. (Bill) Brayer, a longtime resident of Edmonds, passed away on Jan. 31, 2022, just short of his 89th birthday. He is survived by his loving wife Carol; five children, Lyneen, Douglas, Jeffrey, Janelle, and Darrell; 10 grandchildren; and four great-grandchildren. He is also predeceased by a son Kenneth.

Bill was born on March 7, 1933, in Hollywood, Calif., the youngest of seven children. Shortly after birth, his family moved to Phoenix, where he spent his formative years before enlisting in the Navy.

His Navy experience was short-lived when, while stationed in Bremerton, he was forced to take an honorable discharge due to health reasons. He then decided to remain in the state of Washington.

It has been said that Bill was "bigger than life," with his positive attitude and gift of gab. He could strike up a conversation with a perfect stranger and walk away with a new friend.

His most redeeming quality was his ability to see only the good in people. This is well documented by the multiple legacies he left behind.

Bill was a salesman extraordinaire, and it didn't matter what he was selling if he believed in it. He began and continued his sales career in reprographics until the birth of micrographics, rapidly becoming well known as a pioneer of the fledgling industry.

Ultimately, he opened his own micrographics facility, first in Spokane, then in Redmond, operating a successful business until age 65, when his ongoing fight with multiple sclerosis was beginning to take its toll.

He finally sold the business in 1998 but was not content to lay back & do nothing.

Hence the birth of his second career and ultimate legacy, "MS Helping Hands" and the "MSHH Donor Closet," that began in the garage of his home and rapidly expanded to a large warehouse in the Edmonds Bowl.

His legacy has continued after his second health-related retirement with the addition of two more facilities within the state as well as an outreach financial aid program for qualified MS recipients throughout several states.

Bill championed the MS cause from shore to shore between his beloved MS Helping Hands, his close relationship with the National MS Society, and his ambassadorship for the MS Association (MSA) in Ft. Lauderdale, Fla.

He soon became well known in the Edmonds community, and received the honor of Kiwanis Citizen of the Year in 2013, one of numerous awards earned throughout the years for his selfless contributions to society.

On a personal level, Bill was an avid sports fan, with football as his favorite, loved the outdoors including camping, fishing, and boating, and was always working on plans for the next fun camping trip.

His business career, as well as his MS involvement, provided travel opportunities for him and Carol, including an Alaskan cruise where he received an "Outreach Leadership Award" from MSA.

Bill was known by many as the "Energizer Bunny," as he battled a myriad of serious health issues, ultimately emerging victorious from each much to everyone's amazement.

What was his secret? Most likely it was a combination of his strong Christian faith, his positive attitude, and his undying love for his wife and family.

He was a constant in this ever-changing world, and the sunshine in the lives of all who knew him!! He will be so missed!!

Funeral service at Holy Rosary Catholic Church in Edmonds Feb. 10 at 11 a.m., followed by Interment at Holyrood Cemetery at 12:30 p.m.

In lieu of flowers, please consider donations to MSHH Donor Closet in Edmonds.