By David B. Williams

Tsunamis in Puget Sound: Big waves, little waves, harbor waves in our past – and future 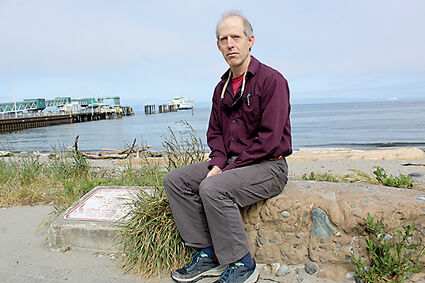 From 2021: David B. Williams stopped in Edmonds last year on his way to an appearance at the Edmonds Bookshop.

Editor's note: David B. Williams is a Seattle writer whose books include "Homewaters: A Human and Natural History of Puget Sound" and "Too High, Too Steep." He spoke in May 2021 at the Edmonds Bookshop.

Wow, this was a first – getting a tsunami advisory on my phone. It goes with my first ever tornado advisory, which I received Nov. 9.

Neither event played out, but I still appreciate getting the information. I also know that it will not be the last tsunami warning I get.

Geologists, ethnographers, and archaeologists have found evidence for several tsunamis lashing down Puget Sound and th...