A new use for Wilburton trestle on the Eastside | History Files 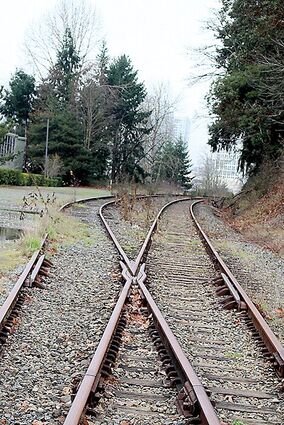 This photo looks north into what would have been the area of the Wilburton depot.

I have driven past the Wilburton trestle in Bellevue more times than I can count.

I have driven under it more than a few times; I only learned last year that originally there was no street under it. The trestle was built over Mercer Slough when Lake Washington was higher, and small steamboats could travel under the trestle.

Just last year, I first saw a photo of the trestle during that era. I had never stopped to take a good look at the trestle, or to investigate the village of Wilburton.