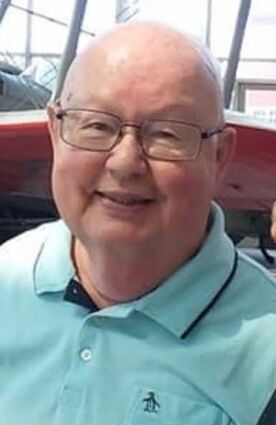 He died Sept. 1, 2021, surrounded by his children, Don and Diana. He had just celebrated his 80th birthday one month prior with family, eating one of his favorite meals, sushi, in Edmonds where he resided for 50 years.

Ed had wonderful parents, Ed and Ethel Cardiff, to raise him and enjoy his own beautiful family with his first wife of 25 years, Gladys Cardiff.

He is preceded in death by his second wife, Sharon Kahley. Sharon's family embraced Ed as part of their family and loved him dearly.

He had a successful dental practice in Edmonds for 40 years. Ed was a highly skilled, gentle, kind dentist with loyal patients. He enjoyed mentoring new dental students, volunteering dentistry at University of Washington (his alma mater), and being a member of the ADA.

And later in life, he discovered a huge passion for glass blowing, in which he became quite skilled at. His work was represented in galleries in Edmonds and Hawaii.

Ed had a warm heart. He was a loving family man to all, including the myriad of his pets throughout the years – cats, dogs, fish, and even a macaw that was a birthday gift from his family and who only liked him (much to the consternation of everyone else).