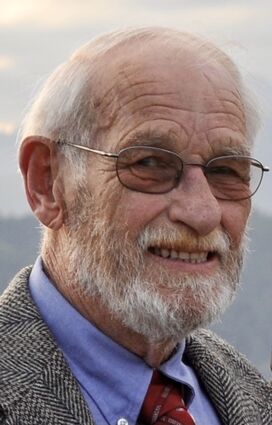 Born in Seattle in 1935 to Stanley and Virginia (Edwards) Wissmar, he attended Blessed Sacrament and graduated from Beaverton High in 1953. He served his country for 10 years in the U.S. Air Force, including five years of active service and a tour of duty in Vietnam, and achieved the rank of technical sergeant.

Stanley worked at The Seattle Times for 35 years in advertising. Shortly before his retirement, he met the love of his life, Gail. In 2008, they moved from Bellevue to Edmonds, where he became a fixture, particularly at the downtown Starbucks with his friends.

A lifelong car buff, he was often seen driving his 1966 Chevy Truck around town and in the annual Edmonds July 4th parade. He also spent his free time drawing and created artwork displayed in the Edmonds Fire Station.

Stanley was preceded in death by his previous wife, Jona Wissmar, and his son, Keith Wissmar. He is survived by his wife, Gail Wissmar; his daughters, Diane (Scott) Baeckel of Bullhead City, Ariz., Michelle (Joe) Carroll and Laura (Brad) Bernatek of Edmonds; his sons, Andy (Chandra) Wissmar of Everett and Rick Enright of Burien; and his grandchildren, Allie, Annalyse, Caroline, Jackson, Julianne, Kevin, Krista, and Lulu.

A private memorial will be held at a future date.