Suspect with knife arrested with the assistance of SWAT team 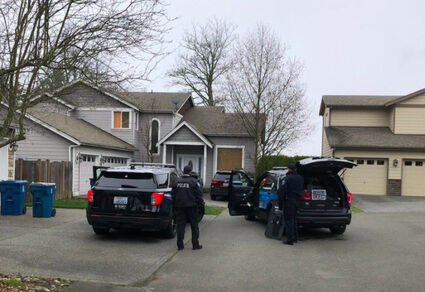 A nine-hour standoff in Edmonds led to the arrest of a suspect armed with a knife.

A domestic violence situation turned into a daylong endurance test for Edmonds Police before they were able to arrest a knife-wielding 23-year-old man threatening to kill his family.

The suspect was arrested early Sunday evening, Jan. 23, after nine tense hours. He was booked into the Snohomish County Jail for multiple felony and misdemeanor domestic violence offenses, including second-degree assault and felony harassment.

The incident started just after 10:30 a.m., according to Acting Assistant Police Chief Josh McClure. Offers responded to a 911 call reporting a domestic disturbance at a...