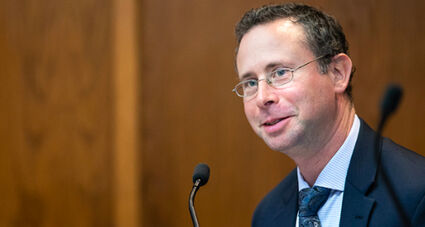 Legislation introduced early this session by Sen. Jesse Salomon (D-Shoreline) would restrict avenues used by police who have been disciplined by their superiors to overturn or reduce those disciplinary actions and gain reinstatement despite serious misconduct.

Salomon represents a southern portion of Edmonds as part of the 32nd Legislative District.

Salomon, in a news release, pointed to a recent example: The City of Kent has been unable to resolve the case of an assistant police chief accused of multiple acts of on-duty displays of pro-Nazi insignia.