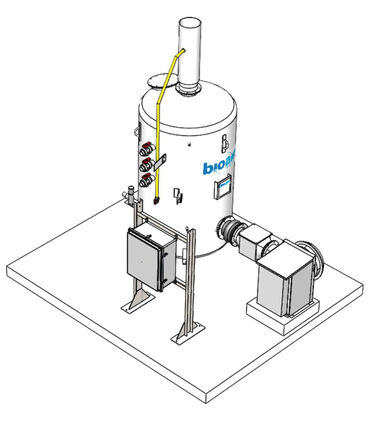 What's that smell in the Bowl? The one like rotten eggs?

Officials investigated: It's hydrogen sulfide gas released from a City-owned sewer mainline and private roof vents in the vicinity of Pine Street and Second and Third avenues south.

So how to rid the unwelcome, odiferous intruder?

Here's how: An activated carbon odor scrubber was identified some time ago as the most efficient and effective method of capturing and destroying the stench.

But now the money is in place, with the $400,000 cost covered by the City's sewer utility fund, as well as from partners with the City's wastewater treatment plant, a regional facility at the foot of Dayton Street.

Construction is scheduled to begin soon on the odor scrubber facility at the south entryway into City Park, just north of Pine Street at Second Avenue South.

It's scheduled to be completed by the end of March 25, said Pamela Randolph, wastewater treatment plant manager, who said the City will be sending out a note to affected residents explaining the process, which is complicated.

It involves treating the collection line coming from the Lake Ballinger pump station, which is part of the City of Edmonds' sewer line. There's also, according to the City and most importantly, the use of gravity and negative air pressure created by the pump fan to depressurize the air above flowing wastewater that could escape from manholes and roof vents.

However it works, getting rid of the smell is the end goal.

"This is good news for the community," said Councilmember Kristina Johnson. "For the last several years, we've had complaints about the odor from residents. This is also good news for the city; it should be a long-term solution to the problem."

The scrubbing will be welcomed by neighbors affected by the smell, which has been stinking up the area for years, but in the last couple of years got much worse.

In December 2020, several residents spoke out about the smell during a council meeting, including Stephen Hearn, who said the City had tried sewer plugs, cleaning wet wells, changing pump schedules, and taking readings, but none of that made a difference.

"In fact," said Hearn, who lives on Third Avenue South, "the sewer smell is becoming even worse and now is consistently present in yards, so much so that we have to go inside, and close doors and windows to keep the smell out."

Hearn was also concerned about the detrimental impact the smell was having on residents' quality of life, as well as having potential health and economic impacts.

It's scheduled to be completed by the end of March 25? THREE years? Or March 25? When they put the sidewalk in along 9th and down Caspers St a while ago, we calculated that at the rate of completion, to put a sidewalk across the country, they'd have had to start in 1754 to reach the same end date. So maybe 3 years is lightning fast?