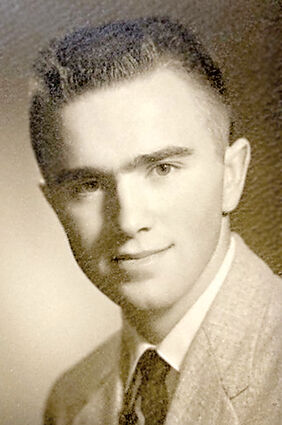 In loving memory of Ray Aust.

In 1950, the Aust family immigrated to America from Germany and settled in Old Willapa.

Ray graduated from Willapa Valley High School in the Class of 1961, then attended Grays Harbor College and earned his teaching degree at Western Washington University. After college, Ray's first teaching job was with the South Bend School District. He also taught for 31 years at the Edmonds School District before retiring in 1996.

While Ray never married, he lived a full and vibrant life with more friends than you could count. Family and friends were very important to him, and he always made it a point to check in on every one.

Ray enjoyed traveling, golfing, and gardening. And he loved taking excursions around the country photographing old barns and county courthouses. He was also an avid sports fan, closely following the Huskies, Seahawks, and Mariners.

Ray was predeceased by his parents and niece Kim Gray. He is survived by his sisters: Hertha (Bob) Ledford of Edmonds; Ida (Ron) Taylor of South Bend, Ind .; and Inga (Keith) Gehlert of Raymond; and a brother, Kurt Aust, of Auburn.

He is also survived by numerous nieces and nephews, as well as his extended family and an abundance of friends.

There will be no service at this time. A celebration of Ray's life will be held at a later date.

Donations in Ray's honor may be made to a charity of your choice. Arrangements are entrusted to Becks Tribute Center in Edmonds.