First locations for both in Snohomish County 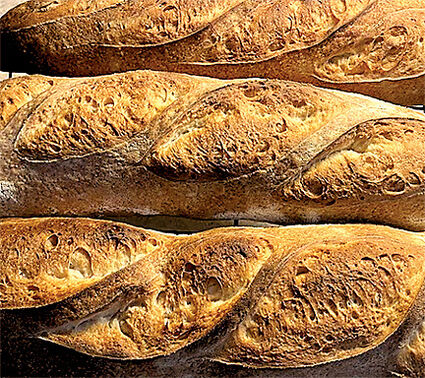 Baguettes are among the many items to be offered by the Copperpot Bakery.

Mike McMurray's Main Street Commons has been busy lately: He's in the process of adding both ice cream and baked goods to his future site at Main Street and Sixth Avenue South, scheduled to open this year.

Copperpot Bakery currently delivers in the Seattle area only; Edmonds will be its first retail shop.

"Myself and Dominique Rose are combining forces to open the bakery in Edmonds," said Casey Cooper, who is from Austin, Texas, and said he has been baking for years.

"I've been doing some wholesale, some home deliveries, and some selling at the Tonnemaker Valley Farm in Woodinville."

Rose, who moved to the Pacific Northwest from California, where he ran a catering company, owns 314 Pie, a pie food truck and catering business. The food truck has visited farmers markets in Edmonds on occasion.

"I've always enjoyed visiting downtown Edmonds, and it's exciting to see all the growth that's been happening there," said Cooper. "We're still ironing out the details with Michael and the general contractors, so I don't have a firm start date yet."

The company, founded by CEO Molly Moon Nietzel in Seattle in 2008, has six locations in Seattle and the Eastside.

"We can't wait to be a part of this adorable city and wonderful community," the store wrote on its website.