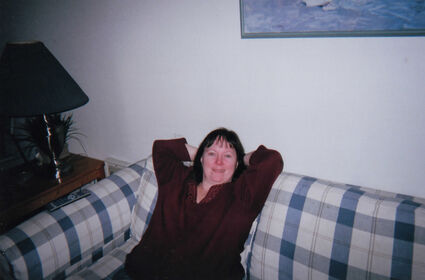 Lynn was born on Dec. 20, 1957, to Earl and Betty Ann Murray in Seattle. She graduated from Edmonds High School in 1976, and Everett Community College in 1996 with a degree in business technology.

Lynn loved to sketch historical figures and was often found reading biographies (she was keenly aware of how tall they were, as she herself was vertically challenged) or studying maps, especially of the Lewis and Clark expedition.

She also enjoyed fried chicken, blue-cheese dressing, and Godzilla movies, often at the same time. She had a green thumb and excelled at growing tomatoes and bamboo … so much bamboo.

Most notably, Lynn had a caring personality and incredibly positive attitude. She would give her last dollar to anyone in need. She could see the bright side of any situation, and had the most radiant smile. These last two traits in particular served her well in her later years.

In lieu of flowers, please consider donating to the American Brain Foundation. There will be a celebration of life at a later date. Please visit Lynn's online memorial.